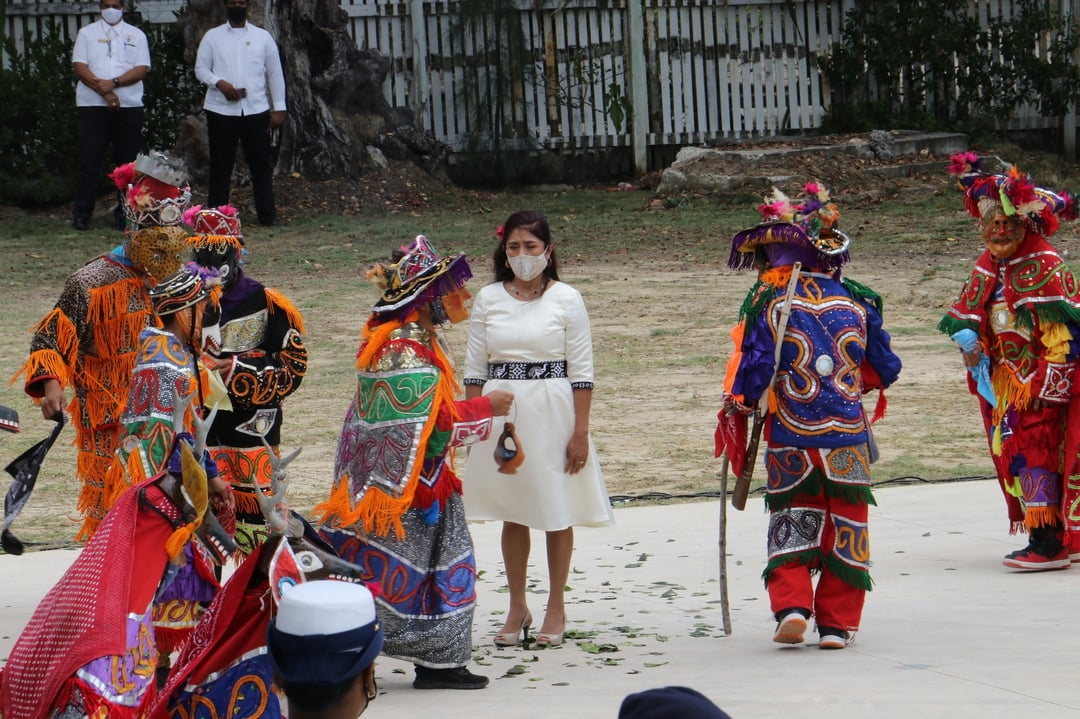 History was made on Thursday, May 27, 2021 when Her Excellency Froyla Tzalam was officially installed as Governor General of Belize. Of Mopan Maya descent, she became the first indigenous woman to hold this office in the Commonwealth. It is indeed a historic moment, and sheds light on one of the characteristics of Belize that makes her so unique: her beautiful mix of cultures. 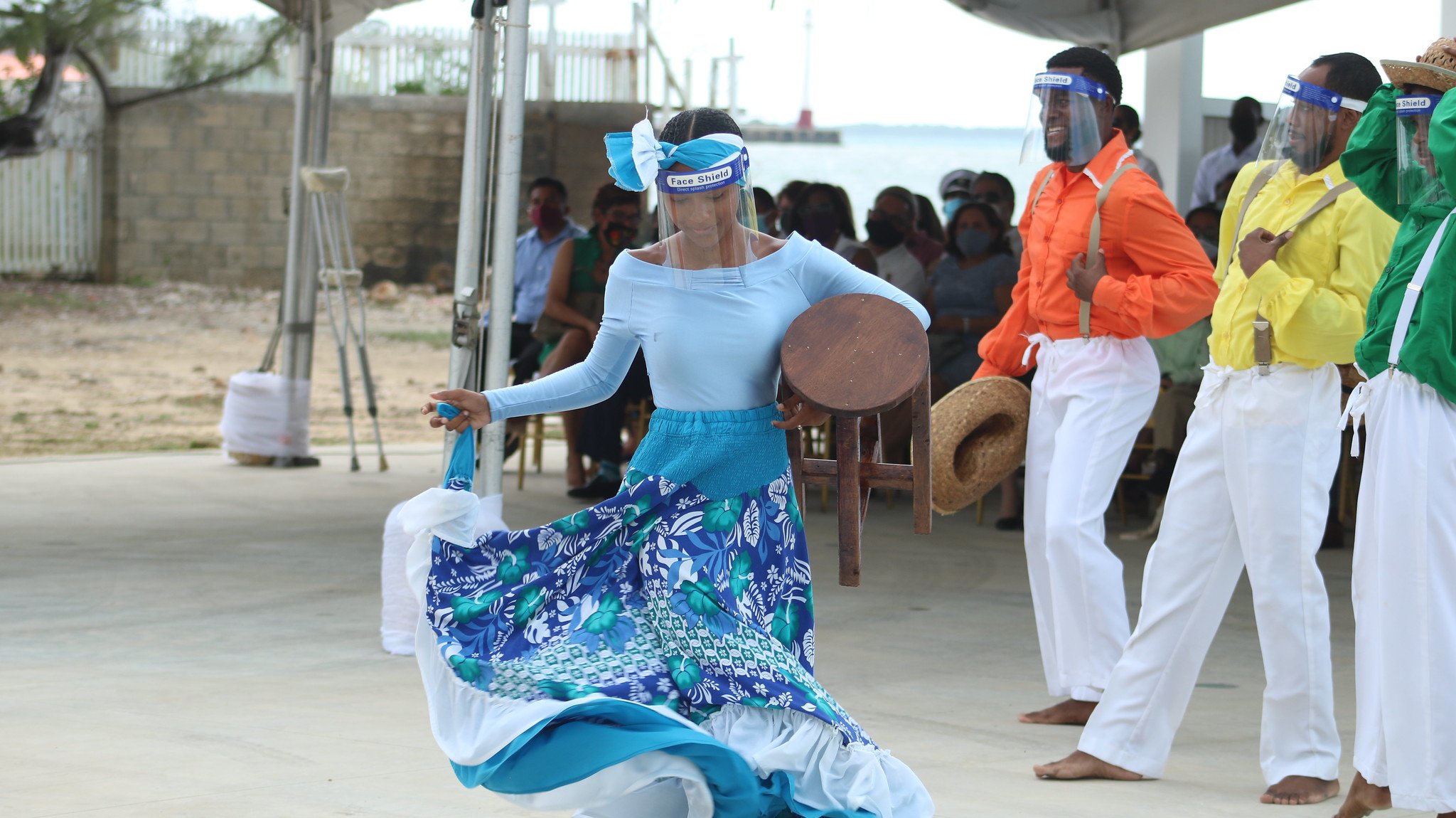 Officially, there are 7 ethnic groups in Belize: Creole, Garifuna, Maya, Mennonite, Mestizo, Chinese, and East Indian. The Maya is split into 3 different groups, the Kek’chi, Yucatec and the Mopan. Each culture has its own language, special foods and even clothing, as well as their own deep, cultural beliefs. 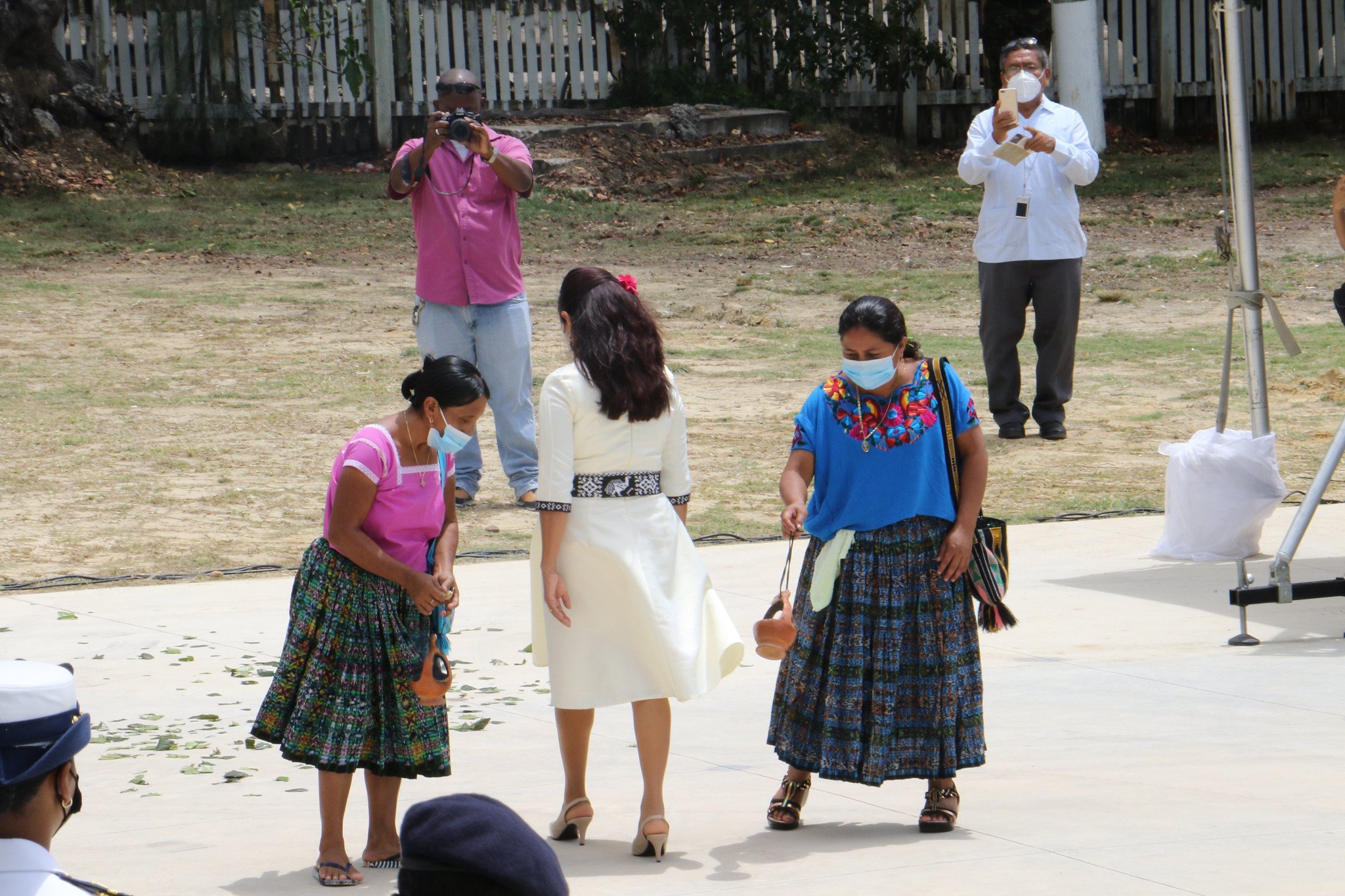 The Mopan Maya, whom our Governor General proudly calls her people, are mostly found to the South and West of Belize, their largest settlement being San Antonio Village in Toledo. The Yucatec mostly settled in the Northern districts which was their refuge during the Caste War. The Kek’chi Maya also have a stronghold on the Toledo District. They, like the Mopan, fled Guatemala seeking rivers and streams near where to settle. There are around 30 Kek’chi communities throughout Toledo, the largest village being San Pedro Columbia. 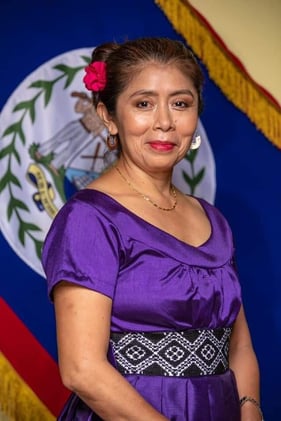 In recent years, the Maya culture has experienced a renewed sense of being known and seen. It is not uncommon to see Maya men and women in their traditional dress walking around busy towns down south. Groups throughout the country continue to educate youngsters on traditions and history, as well as old games like the Pok Ta Pok. Traditional herbal medicine, both their creation and application, are more commonplace amongst these groups, and there is almost a sense of urgency to ensure that these traditions and beliefs move on. Their vast knowledge of traditional healing makes all three groups of Mayas be exalted in the world of alternative medicine and natural healing.

During the installation of HE Tzalam, her history and culture was front and center to the world watching, as a traditional deer dance preceded a symbolic spiritual blessing with the sound of traditional marimba music filling the air. As the first indigenous person to be given the title of Governor General, HE Tzalam cemented her name, and her Mopan Maya ancestry, in the annals of history. Congratulations HE Froyla Tzalam.

Mary comes to ECI Development after over 15 years at The San Pedro Sun Newspaper. As the former Associate Editor of both the paper and travel magazine My Beautiful Belize, she tapped into a variety of roles, from sales and marketing to news and travel writing. Originally from San Antonio Village in the Cayo District, she has lived on Ambergris Caye for 25 years. An adventurous spirit, Mary has rappelled down waterfalls and sunken caves, snorkeled 30,000 foot waters looking for whale sharks, and skydived over the island. She is thrilled to continue writing and sharing stories about her favorite place, Belize, as a Content Writer for ECI Development.