Affectionately called " Sugar City," Orange Walk is located about 55 miles north along the Northern Highway and a drive of about 65 minutes from Belize City . The country's only tollbooth signals the entrance to Orange Walk Town, and after paying the small toll of about US 35 cents, one immediately notices two distinctive sites: the scenic New River with its tour guide operators hugging its banks and the smokestacks of the sugar mill.

Sugar, though, no longer reigns supreme in Orange Walk. In addition to the economic boost from ecotourism, there has been agricultural diversification in recent years.

This, for example, has seen the recent introduction of fields of soybeans planted. The year 2002 saw farmers who had diversified into soybean production with an expected harvest of two million pounds that year. Orange Walk is also important for its production of dairy products, citrus fruits, beef and rum production.

The Orange Walk District, with a population of just under forty thousand, is Belize 's third largest populated district and offers much more than sugar, soybean and honey production. Orange Walk provides exotic places to visit. The sights and sounds of nature abound here, either at the famous Mayan ruins of Lamanai and Cuello, or at various places along the New River for the jungle river adventurer.

And with over 400 species of birds recorded in this district, more so than anywhere else in the country, the Orange Walk District is truly a birder's paradise. If you continue further north after enjoying Orange Walk, 30 miles away is the border town of Corozal and the Free Zone for visitors bent on shopping. 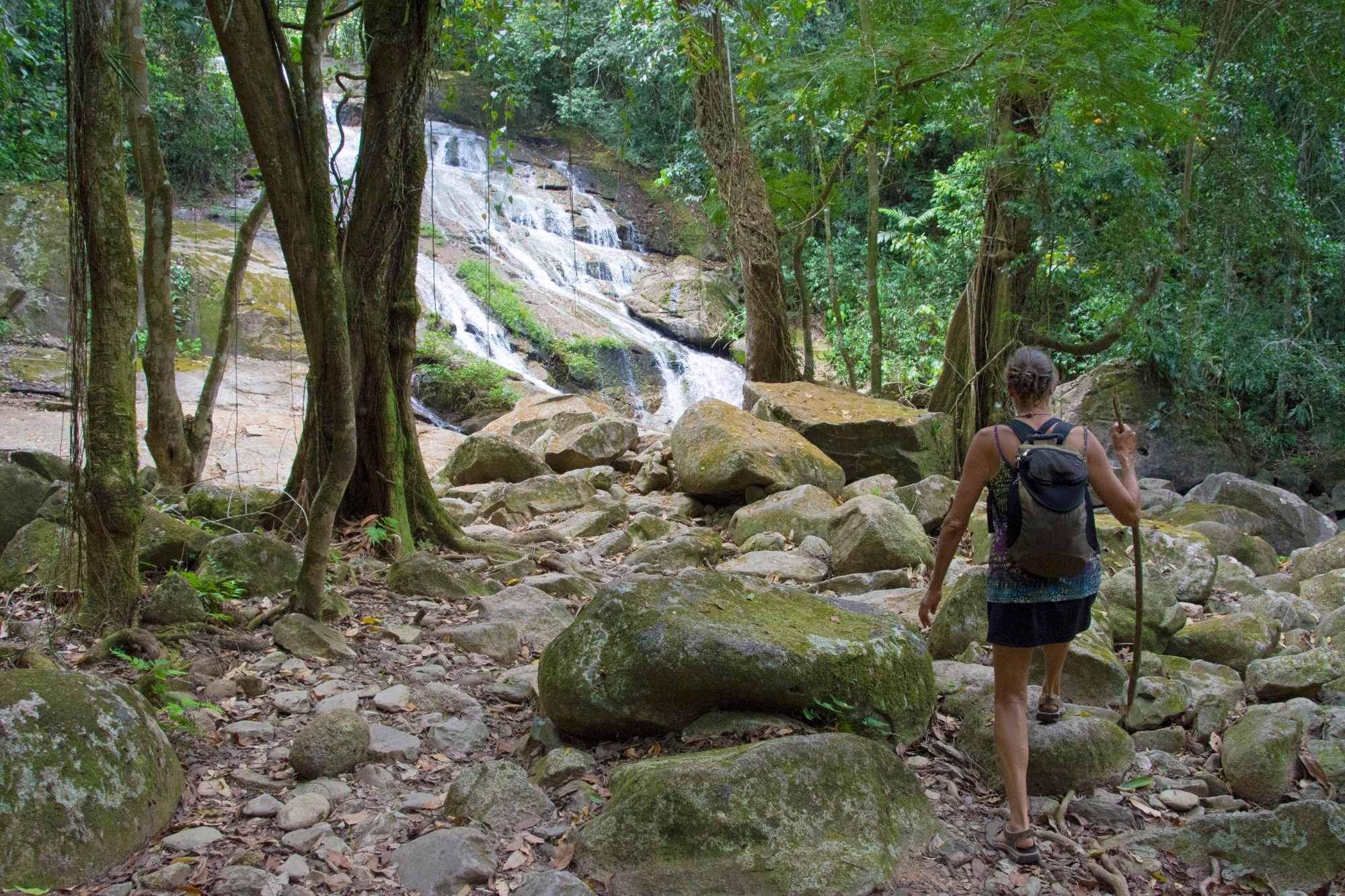 The Mayan ruins of Lamanai are located in a two-square mile area at the edge of a lush forest reserve. Reaching the ruins is an excursion in itself; the preferred route is to travel by boat up the New River for about an hour and a half.

Blooming orchids and other flowers are abundant along the bank, as are many birds and animals, including a growing population of howler monkeys. The boat trip begins near the highway, past the toll booth and many qualified and friendly guides are available. 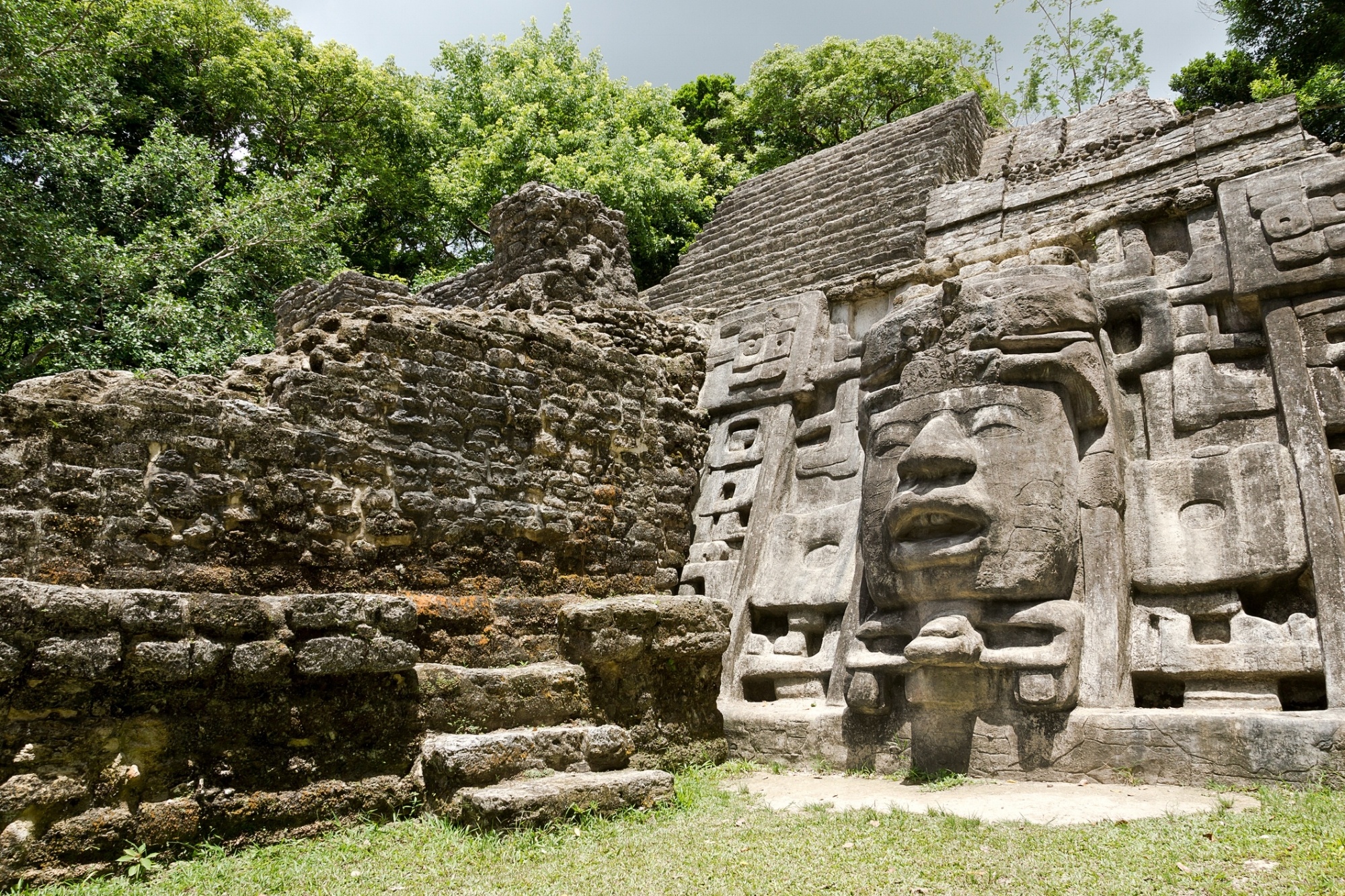 If reaching Lamanai by vehicle, one travels for an hour and a quarter from Orange Walk, winding through the villages of Yo Creek and San Felipe. Lamanai is believed to have been occupied from approximately 1500 BC through 1650 AD. It was still inhabited when the Spanish arrived in the 16th century. Archeologists believe that Lamanai's main temple was built around 100 BC.

Lamanai translates to "submerged crocodile"; records kept by Spanish missionaries indicate that Lamanai was probably the name of the ancient city. Many artifacts depicting crocodiles have been found at the site.

Lamanai has one of the tallest buildings found in the Mayan world (112 feet) and the views from the top are breathtaking. Several hundred buildings have been uncovered, as well as royal ball courts. Lamanai is one of the most important Mayan sites in Belize . On your rather vigorous climb to the top of the ruins, you will see a variety of flora and fauna; of particular note is the strangler fig tree which engulfs cohune palms; while this destroys the cohune tree, it becomes a habitat for thriving bird life.

Tours of Lamanai can be arranged by local travel agencies or your hotel. Additionally, the Lamanai Outpost Lodge offers 18 rooms, 24-hour power, hot water, private baths, fans, and meeting facility for 32. The lodge is within walking distance of the major Mayan site. Tours can also be arranged for spotlight night river safari, as well as archeological and other research education programs.

Cruising the New River by boat from Orange Walk to the Lamanai Mayan ruins also affords the opportunity to see bromeliads, orchids and snake cactus flourishing along the way.

Download Your Free Copy of The Belize Handbook Toady

The headline and subheader tells us what is offered, and the form header closes the deal. Over here you can explain why your offer is so great its worth filling out a form for.