The majority of people have cell phone service with BTL, who is the only service provider in Belize at this time. However, DSL is readily available and reliable in San Pedro Town. 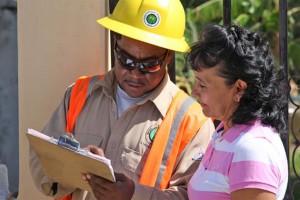 Electricity, telephone, water, and wastewater utilities are all available and relatively reliable in San Pedro Town, Ambergris Caye, for developments that are located in and near town. For developments situated north and south of town, septic tanks or contained wastewater systems are typically used.

Cisterns often provide either a primary or secondary source of water, and there is a reverse osmosis water treatment system in San Pedro Town that provides water to town residents. The more remote resorts and developments generate their own electricity if they are not connected to the BEL electrical line.

Ambergris Caye, although a very narrow island, has a road that extends from San Pedro Town to the southern tip of the island, and approximately 8 to 10 miles north of the San Pedro cut/bridge. The island is well-known for its barefoot-friendly sand streets, which are appealing and functional during the dry season, but turn into a series of muddy potholes during the rainy season.

During the last several years, the town has invested in paving the primary streets within and near San Pedro Town, to prevent the potholes that inevitably delayed the flow of traffic during the rainy season. Given the increasing number of residents and tourists, this has provided for much improved transportation in and around town. As development occurs on the island, the streets to the north and south are being extended and improved, as the government has recognized the importance of upgrading the basic infrastructure. 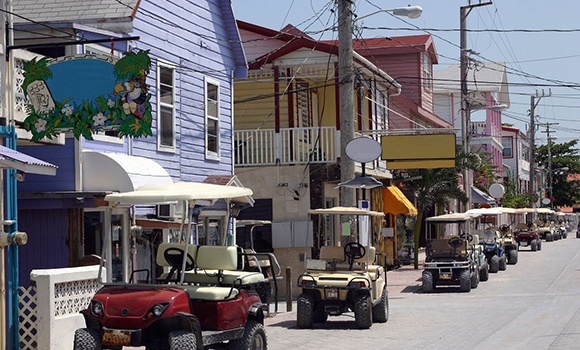 International air service is provided primarily by American Airlines, Continental Airlines, and TACA to gateways in Dallas and Houston, Texas; Miami, Florida; and San Salvador, El Salvador. It has been rumored that the Belizean government is also in the process of negotiating direct flights from Europe to Belize City with a European airline.

The ports in Belize City, Dangriga, and Big Creek handle regularly scheduled shipping from North America and the United Kingdom. The majority of new residents ship their belongings to Belize via a major international shipping line. Goods are then barged to Ambergris Caye.