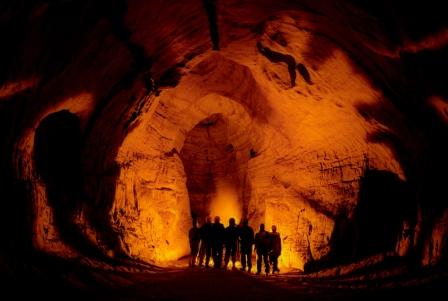 Whether you are visiting Belize for a few days while on vacation or you have relocated permanently to the beautiful Grand Baymen on Ambergris Caye, there is no end to the things you can do, see and explore within the country.

Although you'll find plenty to keep you busy on Ambergris Caye, many people are eager to find out what else the mainland of Belize has to offer. If you want to dive headfirst into history, heritage and unparalleled scenic beauty, then plan a day trip to Actun Tunichil Muknal.

What is Actun Tunichil Muknal?

One of the most notable elements of the caves is the Crystal Maiden, the skeleton of a sacrificed girl that has been amazingly preserved and undisturbed within the cave system. Along with other preserved skeletons, the caves hold ceramics, jewelry and other culturally significant gifts that were a huge part of the Mayan way of life.

Where is Actun Tunichil Muknal Located?

Actun Tunichil Muknal is found within the Tapir Mountain Nature Reserve in the Cayo District of Belize. Getting there from Ambergris Caye is all part of the fun, and it helps add to the excitement and adventure of the day.

Many guided tours depart from Belize City in the morning, which means that you'll want to take the plane or ferry from Ambergris Caye. From Belize City, you can take a taxi or a guided tour's shuttle to the nature reserve. However, you'll have to complete a quick jungle hike and three shallow river crossings before you gain entrance to the mouth of the incredible cave system known as Actun Tunichil Muknal.

Can You Tour Actun Tunichil Muknal?

Because the contents of the cave are priceless and truly belong in a museum, it is important to join a guided tour of Actun Tunichil Muknal. The Belize Tourism Board and the country's Institute of Archeology insist that each tour guide has a maximum of five participants.

This works out in your favor because you'll get a personalized tour of the caves as well as a knowledgeable guide to help explain the historical significance of skeletons, pottery and more throughout the cave system.

What Else Do Day Trips the Actun Tunichil Muknal Area Include?

Aside from actually touring the interior of the caves, your day of adventure to Actun Tunichil Muknal will include a jungle hike, the chance to spot wildlife in the Tapir Mountain Nature Reserve and a scenic drive between Belize City and the reserve itself within the Cayo District.

Some travelers opt to finish out the day by enjoying a traditional meal in Belize City before heading back to Ambergris Caye and their luxurious accommodation or homes at the Grand Baymen.

Find out more about the amazing things to do in Belize.