Belize is a beautiful, Central American country with many great things to offer. Whether you’re visiting for the magnificent oceans, the white-sand beaches, the thrill of a skydiving adventure, or you’re there to explore the world’s second largest barrier reef system, Belize will never leave you wanting. So many aspects of this amazing nation are “out of the ordinary”. Even something as simple as a piece of fruit is never run of the mill in Belize. Fruits are very popular in Belize; a common breakfast is a platter of various, local Belizean fruits. Let’s examine some of the most delicious, and adventurous, fruits that one can find in this wondrous nation. 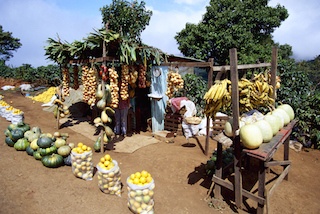 This fruit is also native to the Caribbean region, and Belize in particular. It has a coarse, leathery outer skin, but inside it is very soft. Its texture is like a custard, even cream-like. It goes great on its own, or combined with other fruits, with milk, or blended in a smoothie. These fruits are seasonal and take 1-2 years from flowering to maturity to be consumable. Don’t pass on this very unique opportunity if you’re in Belize.

Similar to the Sapote, this fruit is truly a Belizean treat, being a native plant to the region. It is very sweet and and has a granular texture.

This is another natively-tropical fruit. It is very abundant and popular in Belize. It is very sweet and is often served with sweetened, condensed milk by locals. As you can guess by the title, the texture is like that of a custard. 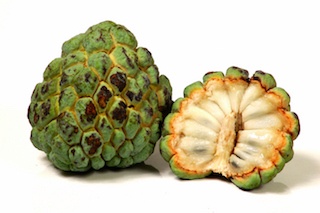 These are native to the coastal regions of Central America and the Caribbean. The grapes are mature and ready for picking around late summer. They can be eaten raw, made into jellies or jams, or even turned into wine.

Due to Belize’s climate, traditional apples, such as Red Delicious and Granny Smith, cannot be grown here. Instead, locals grow the Malay Apple. This fruit is not a native to Belize, or the Central American region even, but is originally from the Asian nation of Malaysia. It was introduced to Belize by American Colonizers and has since become extremely popular and is grown extensively in Belize. It has a rose scent and tastes crisp, watery and sweet. Its taste has also occasionally been described as slightly tart.

Another fruit originally from the Southeast-Asian region, the star fruit is grown in Belize, though not nearly as common as the Malay Apple. I personally am used to eating this fruit in its dehydrated form, but the original is even better than this. The Star Fruit can be eaten whole, meaning there is no need to peel it. It can be either sweet or tart, depending on the variety. The Start Fruit’s color can range from golden yellow (ripe) to a very green (unripe).

Yes, you read that correctly, cashew fruit. Unlike its nut-brother of the same name, the cashew fruit is very juicy and sweet. It is, however, known to leave the mouth with a dry aftertaste. It is also commonly used for making wine. 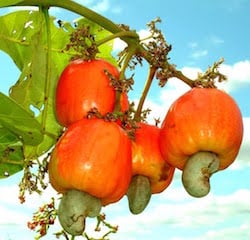 This fruit is a native of Africa, but is very prevalent in the tropical, Central American region. It is a very popular “candy” fruit; you can find it dipped in brown sugar and sold in many stores in Belize.

Not a particularly rare or “unheard of” fruit, the coconut is nevertheless a very popular fruit among Belizeans. Because these fruits grow naturally down here, make sure to sample one to get a taste of what a truly fresh coconut tastes like. 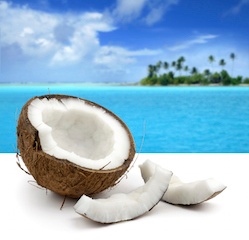 Two names for one delicious fruit. This colorful fruit is very sweet and is often used in many recipes. Craboo stew is a common dish in Belize. In addition, Craboo is used to make ice cream. This is a particularly sweet, fruity treat that visitors to Belize must try. Also used to make wine.

Another common fruit for North Americans, the banana should still be tried at least once while in Belize. You can never beat a fresh banana. Since Belize is a major exporter of this delicious yellow fruit, they should not be hard to find.

This variant is much smaller than the typical banana. The flesh of the apple banana is firmer yet creamier than the normal banana. They get the name “apple banana” because their taste is at first very sweet but with a distinctly apple-flavored aftertaste. Like regular bananas, they can be eaten plain or used as an ingredient in various foods, such as (apple) banana bread.

Unique to the Central American region, the Dragon Fruit, or Pitaya, is one of the most beautiful fruits you will ever see. It resembles a flower bulb before it blooms. Its skin is commonly a purplish-pink color, and the flesh of the fruit can range from white to rosy to a deep purple. It has a seedy texture. Foreigners who try this fruit have mixed reactions. Some find it very sweet, while others think it is too bland or even sour. Try one and judge for yourself. 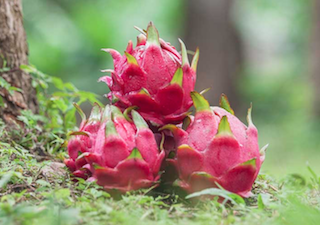 One of the sweetest fruits you’ll ever eat if you get it at the right time. A native to Central America and also one of Belize’s major exports. They are so ingrained in the Belizean climate they can frequently be seen growing in the wild. Although I would encourage travelers to buy their papayas at the market instead of foraging. Papayas range in color from a light orange-yellow to a darker green hue. They have very sweet and tender flesh. In addition, they are thought to have various health benefits, such as helping with digestion problems.

This is not native to Belize, but is a very common fruit for Belizeans. It is very starchy, and as such is often served during meals. It is usually baked, fried or roasted.

This fruit is another native to the Central American region, specifically Belize. There are more than 60 species of this plant. Soursop fruits have a watery, creamy flesh, and because of this can weight as much as 15 pounds!  They usually are slightly smaller, averaging around 10 pounds. Their skin is leathery, but tender, and covered in small spikes. It is a yellow-greenish color when the fruit is mature, a darker green color when it is immature. The flesh of the soursop is creamy and very sweet.

Mangos are fairly common in North America, but that is no reason not to try one of these delicious fruits while in Belize. Since they are grown extensively in Belize, you can sample these gems at the peak of their freshness. They also come in multiple varieties. Try out a few different mangos and decide which one you like best.

This fruit is very small, almost bite-sized. It typically has a deep green skin color. The flesh has a lighter complexion, like a pale-orange hue. It is very sweet, but can also be sour, depending on what stage of ripeness it is consumed at.

Ever wondered where cacao beans, the main ingredient in making chocolate, come from?  Well, they come from the cacao plant. The cacao beans are covered by a fruity flesh, which can be eaten and is a delicious, out-of-the-ordinary treat.

This is a variant of the regular plum that North Americans are likely familiar with. It is eaten raw, and has a crunchy, tart flavor. Often, it is consumed with a mixture of salt, black pepper and hot sauce. Try creating this mixture, cutting up a golden plum, and dipping it in the mixture. Very delicious.

Prickly pears are a real Belizean treat. They grow on the stem of the prickly pear cactus. They are commonly a deep purple color, but can take on the color of the cactus’ flower, meaning they can also appear as green, orange, or really any color the cactus flowers are. When you get a prickly pear, the first thing you’ll want to do is remove the skin. Be careful, as the skin may still contain spiky barbs. Best to wear gloves or at the very least exercise caution when skinning a prickly pear. Once you’ve got it skinned, you can either eat it raw or squeeze it to extract the juice. The juice is delicious, sweet and semi-citrusy. Prickly pears can have many different flavors, depending on the cactus variety they were plucked from. They have been described as having watermelon, strawberry, or strong citrus flavors. Prickly pears are also great for cooking with. Jams, jellies, candies and even liquors. While browsing the markets, try to get some raw or a product made with the prickly pear. You won’t be disappointed. 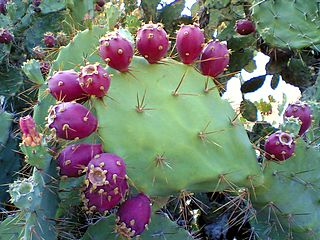 Cho Chos are another Belizean classic. They are native to the Central American region. They are small and pear shaped. They have a thin, green skin on the outside. They can be consumed raw, usually with other foods such as in a salad, however, their taste is slightly bland when eaten alone. Often, they are cooked and served as part of a meal. When cooked, their taste is said to be like a combination of a cucumber and a potato.