New Resident's Guide to Banking in Belize and Ambergris Caye 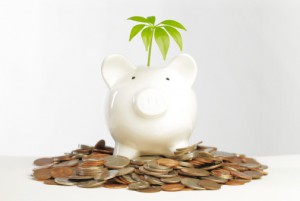 Whether you are thinking about buying a vacation home on the island of Ambergris Caye or you are considering retirement elsewhere in Belize, there are a number of issues that you will need to think about before making the investment. Belize boasts an impressive health care system, great medical facilities and an affordable cost of living, but you'll also want to investigate the banking system. Use this as your guide to learn more about banking in Belize and Ambergris Caye.

The Currency of Belize

Perhaps the first thing you should know about Belize and its banking system is the currency. The Belize dollar is the local currency throughout the country, and it is tied to the United States dollar. That means that the exchange rate is always two Belize dollars to one American dollar, making the conversion easy to do when shopping or eating out in restaurants. However, there are also other currencies widely accepted in Belize. Close to the Mexican border, it is not unusual for stores or vendors to readily accept pesos. In major cities and on the island of Ambergris Caye, U.S. dollars are also a common form of currency, particularly in tourism establishments.

Another big reason to open up a bank account in Belize is because the country offers much privacy, something that many American bank account holders desire. Other global banking hotspots, such as Switzerland, offer comparable anonymity but charge substantially more. Whether you want to keep your banking information private, or you want to have a safety net for your finances, private offshore banking in Belize is an obvious choice.

If you opt to live or visit the island of Ambergris Caye, you won't have to worry about a lack of banks or even ATMs. The island is a popular travel destination as well as a bustling community for expatriates, which means that there are several domestic and international banking options. Ambergris Caye offers several ATMs in the main town of San Pedro, but many shopping centers and hotels also have these machines for their guests.

Some new investors or residents are concerned that opening up a bank account in Belize will be a challenge. Thankfully, the process is relatively straightforward and quite similar to opening a bank in your home country. You'll need to submit proof of your identification, nationality and residence, just like any other bank account in the world. The only real difference is that to bank in Belize, you might also have to submit a reference from one of your existing banks.

Banking in Belize and Ambergris Caye can be a smart financial opportunity for investor as well as a convenient option for new residents. Click here for additional information on banking in Belize.