Explore the Cayo District of Belize 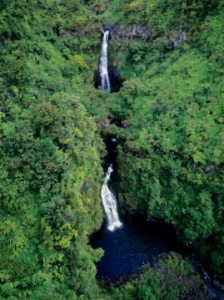 The Cayo District of Belize spans approximately 2,000 square miles of land, making it a popular destination for tourists and locals alike, especially for those interested in ecotourism.

The district spans all types of terrains from large cave systems and jungles to open, green hillsides. But it's not just the landscape that attracts visitors as this district is packed full of adventure and activities for everyone from history buffs to adrenaline junkies.

Cayo is the location for many Mayan ruins spread throughout Belize including two of the largest Mayan archaeological sites, Caracol and Xunantunich. Caracol is the largest Mayan site in the country, spanning 75 square miles.

While much of the site is still not excavated, a large, central area has been uncovered, including three plaza groups, a 141-foot pyramid, the acropolis and a couple of ancient ball courts that once held the deadly ball game of Ōllamaliztli.

Xunantunich is a favorite for tourists as well due to its 130-foot-tall pyramid among various plazas, temples and palaces. Other Mayan historical sites of interest in the district include Cahal Pech and El Pilar, which is shared partially with Guatemala as it spans across both sides of the border.

Natural Wonders of the District

Beyond historical man-made wonders, Cayo is also home to many activities that highlight the natural wonders of the area. Waterfalls dot the landscape of Belize with Cayo, holding some of the largest in the country including what Belizeans call the Thousand Foot Falls.

The Thousand Foot Falls is rated as the largest waterfall in Central America, falling an estimated 1,500 feet from top to bottom. The landscape throughout Cayo is also home to many exotic animals, birds, reptiles and insects, including butterflies, which can be experienced up close at the Tropical Wings Nature Center near San Ignacio.

If adrenaline-fueled adventures are more your style, the Cayo District offers plenty of adventure tours, including spelunking one of the many expansive cave systems or cave tubing in areas like Jaguar Paw.

Areas of Cayo can be reached by car, bus or plane. Buses run throughout the area, especially to main cities like Belmopan and San Ignacio. If you're planning a trip to Cayo from areas like San Pedro on Ambergris Caye, you can easily fly or take a boat to Belize City and catch a bus from there. If you plan on driving, keep in mind that some attractions will be more difficult to get to, especially the Mayan ruins as the roads can be bumpy and unkept.

Whether you choose to hike around an ancient Mayan historical site or tube through the cave entrance to the underworld, the Cayo District provides opportunities for everyone, regardless of age or desired level of adventure.