Visit the Best Island In the Americas 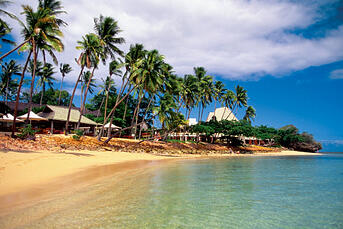 A lot of people have been asking the question, what is the best island in the Americas? While there are many good choices, there is one that is getting a lot of attention. This country offers what many have come to think of as one of the best little island paradises around. It is known as Ambergris Caye and is an island off the coast of Belize. It is a large piece of land to be called a key, but it has the lifestyle and air of a key.

Ambergris Caye is growing by leaps and bounds and there is no doubt that the next five to 10 years will see the population triple in size. This is mainly because the infrastructure has had a boost in the past few years, bringing high speed Internet and many improvements to water and electrical supply. These improvements have brought new vacationers and even some new residents.

The communities are, for the most part, all built around the beach areas that already had a good start. There are a few major resorts and a couple new ones that are just getting started. Each of these has the suites for those that are traveling and full-scale condos for those that decide to make Belize their home. The mix is about fifty percent for the larger communities and the smaller ones are still building on the vacation aspect.

Many of the resorts are near the larger city on Ambergris Caye, which is San Pedro. This is where much of the infrastructure began the growth spurt and it is where the best beach communities were already building their reputation. It is as if a city from 100 years ago suddenly got inspired and given new technology. The growth has been dramatic and strong.

While it may sound as if Ambergris Caye has not had much attention prior to this point, it is not true. For quite a few years there has been a steady flow of those that long for the beach life. Every resort has beach access that is just a short walk from the suite to the sands. No matter how much growth there is, it is still a quiet and relaxing beach that calms and soothes the soul.

Prosperity has been had in this area by a few different groups as a result of the great amount of attention that Ambergris Caye has been getting. Not only is the local community growing, with increased revenue and population, but outside investors have found that it is easy to buy property and pass the saving along to renters or even time-share people.

These are just some of the factors that are making Ambergris Caye one of the best islands in the Americas. The government of the country is also very eager to do anything that is necessary to make it a home for everyone. The increased infrastructure is at least partially the result of efforts that the government has made to make the country what it needs to be.

There is no way that the growth is going to stop anytime soon in this area. There is plenty of land and coastline to develop and there are loads of people that are itching to make their mark in this part of the world. The growth is nearly unrestrained and it is becoming the next great place for those that run online businesses to move to. Ambergris Caye is on the way up and there is no stopping it.