Learn More About Banking in Belize 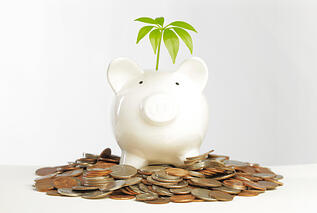 Thanks to its great health care system, incredible natural beauty and affordable living, Ambergris Caye is rapidly becoming one of the top retirement destinations in Central America. Although it is an easy choice for many expatriates to move to this incredible location, an island just north of the Belize mainland, it is important to take everything into consideration. One thing that many potential residents are concerned about is the banking system on the island, the financial situation in Belize and what they can expect when moving to the area. If you are interested in learning more about banking in Belize on the mainland and in the surrounding islands, read on for more information.

The currency in Belize is the Belize dollar, or the BZD. However, it is quite easy to spend American currency throughout the country. This is primarily because the Belize dollar is tied directly to the American dollar, with an exchange rate of two BZD for one USD. Thanks to proximity to Mexico, some retailers in Belize will also accept Mexican pesos when selling items.

Appeal of Bank Accounts in Belize

There are many reasons why bank accounts in Belize are gaining popularity, especially for North American residents. While it is harder than ever to open up a bank account in places like Switzerland, Belize welcomes new investors and bankers with open arms. Unlike other Central American countries such as Panama, who recently divulged private banking information to the United States government on request, the banking system in Belize is private and provides an incredible safe haven for finances offshore. In addition, banks in Belize are required to have 24 percent liquidity at all times, giving your investments and bank accounts an extra level of security and peace of mind.

Although opening up a bank account in Belize is not quite as simple as in North America, it is still very easy compared to most international destinations. Unlike some European banks that require astronomical balances, banks in BelizeÂ tend to require a lower deposit before opening up a private account. Individuals will typically also need a reference letter from their previous bank stating their banking history. This is an added security feature that ensures that banking in Belize remains private, secure and effective.

It is clear to see that the banking system in Belize is safe, secure and reliable, making it more enticing than ever to make your home in Ambergris Caye.