Manuel Heredia is BelizeÂs Minister of Tourism, Civil Aviation and Culture. He lives on Ambergris Caye, where we often bump into him. In December he summarized BelizeÂs accomplishments of 2011. And he described some of the goals for 2012. Belize is planning an exciting year long calendar of activities in 2012, to commemorate the conclusion of a BÂakÂtun, and look forward to the dawning of a new era...

The Heads of Departments representing the Ministries of Belize attended this year end meeting. Â Here are a few of the infrastructure and tourism 2011 accomplishments, and 2012 plans:

Belize Tourism Board Â The BTB implemented a new Âon-lineÂ marketing program. The goal was to pick up the pace of tourism and incorporate social media. As a result, two USA based TV stations decided to film projects in Belize. These efforts will further promote tourism in Belize.

You may already have heard the buzz about the 2012 ÂBachelorÂ episodes. Several segments were filmed around Belize last October. Ambergris Caye was included, of course. The Belize segments air in the USA in February sometime. So keep an eye out and be sure to watch. 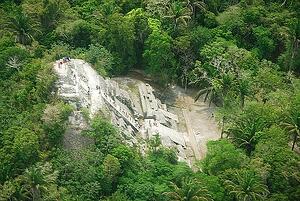 In 2011 the level of emphasis on culture increased. And in 2012 the BTB and other Belizean organizations will be highlighting the Mayan culture and history in Belize.

If you would like to learn more about the calendar of Mayan related events in 2012, link here to a prior post on this subject...