The Belize Tourism Board was indeed pleased to announce BelizeÂs 2011 second quarter tourism statistics.Â The tourism industry here experienced a 6.7% increase over the second quarter tourism results in 2010.Â In April alone, there was a 19.8% bump in tourism from the prior year.Â But the best part is that Belize kept up with the tourism growth statistics of better known Caribbean destinations - Aruba and Barbados. But what does that really mean?

The Belize Tourism Board suggests that it is a momentous change for Belize. They imply that lesser known Belize is getting a better return on their tourism marketing dollars spentÂ Apparently, BelizeÂs tourism marketing budget is far less than that of the competing Caribbean countries. So the BTB is confident that they are wisely using the lesser funds available to them. 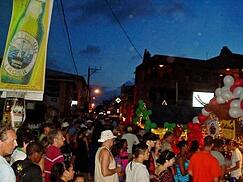 During the second quarter the number of overnight arrivals coming through the Philip Goldson International Airport increased by 7.2% from the prior year. And during that same period the cruise arrivals increased by 10.8% over the same quarter in 2010.Â Of course, the second quarter is historically a very busy tourist season. Â (Link to the Ambergris Today article here...)

Now we are in the heat of the slow season here on Ambergris Caye. It certainly is quiet around the island and San Pedro Town. Many shops and restaurants have closed down for a month, for a well deserved vacation. Others are undertaking renovations. But the island appeared to still be hopping through mid-August, with plenty of tourists coming and going.

The Costa Maya Festival and the Tres Pescados Festivals were both a success, with record attendees and coverage. And with the Hemispheres Financial Conference held at Caye Bank, Grand BaymenÂs resort (Exotic Caye Beach Resort), was busy through mid-August.Â In the last week alone, three of our prior Chill Weekend/conference attendees returned to the island, to look at properties for investment. 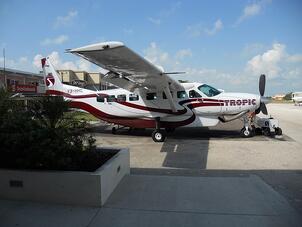 You may have read my prior post for the first quarter results, published in early May Â ÂTourists Flock to Ambergris CayeÂÂÂ Â In that post I mentioned that Tropic Airlines had broken all of their prior records for the number of flights arriving on Ambergris Caye during the months of March and April. Tropic had been stretched to the limit of their capacity. They recently expanded their fleet, adding another two new Cessna Â Caravans that will arrive in the fall...

Another positive sign is that the San Pedro Airport and runway are now being upgraded.Â This is another step to prepare for the increasing number of visitors. The recent census demonstrated that we may have as many as 18,000 residents now coming and going from Ambergris Caye.Â So apparently the national and local governments are convinced that this is a long-term trendÂ

Visit During a Future Chill Weekend

There are many reasons that people keep returning to Belize, and especially to Ambergris Caye.Â These days they are once again returning to buy their beach condo, or a little house on the back lagoon.

If you would like to find out what is attracting an increasing number of visitors, come join us for one of our Chill Weekends.Â Combine a vacation with the opportunity to learn about what it would be like to invest or live on our Isla Bonita.Â YouÂll find more info about our Chill Weekends hereÂ