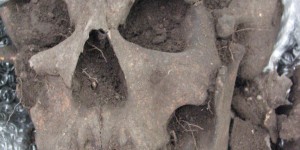 This island's first inhabitants were the Maya - the indigenous people of Central America and Mexico. There is much we don't understand about the Maya. This remarkable culture flourished in Central American between A.D. 250 and 900. It appears that the population of Maya on Ambergris Caye exceeded 10,000 at one time.

There are relics of at least 19 recognized ancient Maya settlements on Ambergris Caye. Many of these sites contain shell heaps, an abundance of obsidian flaking, pottery fragments, and bone and jade ornaments. Archaeological studies indicate that the Marco Gonzalez Maya site was the first location on the island to be inhabited by the Maya. Apparently, it existed over 2000 years ago!

It's speculated that the Maya of Ambergris Caye suffered a fate similar to that of their mainland brethren. During the first 150 years of European contact in the Mexican region the indigenous population was reduced by over 80 percent, due to the effects of European disease epidemics. 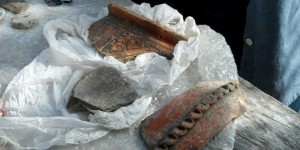 However, despite the ravages of disease, the Maya supposedly remained on Ambergris Caye into the 1600s. Once the Europeans arrived, they retreated back into the bush, leaving the island open to the pirates and settlers.

The Marco Gonzalez site is also now the only Maya site on a Belizean island to be given special status. The site is located 5.5 miles south of San Pedro Town center.

A Bright Future for the Marco Gonzalez Maya Site 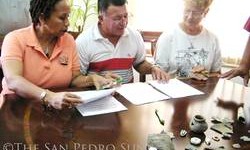 On April 1, 2011, Belizean government officials signed a Statutory Instrument (SI) giving the Marco Gonzalez site special status making it a Maya reserve site. The Honorable Manual Heredia, the Minister of Tourism, Aviation and Culture, was present for the historic signing. Minister Heredia also pledged $20,000 BZ, to be used for construction of an access route to the site.

The SI agreement is the very first co-management agreement put in place for a site in Belize. It will allow the local volunteers to work cooperatively with government specialists to operate and protect the site. The SI agreement declares the reserve open to the public. Strategic planning can now move forward.

This site will provide a special attraction for both local residents and visitors to enjoy. It will provide a unique opportunity for visitors to learn about Mayan history while visiting Ambergris Caye. And, now that the SI is in place, it will be easier to obtain funding to administer and protect the site. 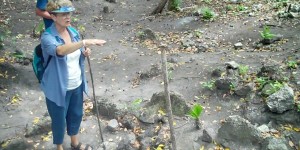 Residents of Ambergris Caye are thanking Jan Brown. She is the dedicated volunteer who made it her mission in life to obtain special status for the Marco Gonzalez site. Jan is an energetic expat who has consistently made a difference on this island, through her volunteer contributions. In 2010 Jan was the first expat to be honored as San Pedro's "Person of the Year", because of her contributions. 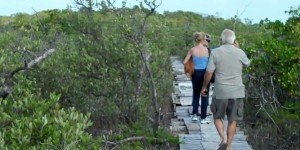