The Best Island To Retire On

Ambergris Caye, the largest of the 200-plus cayes (islands) located off the Belize coast, remains the most populated (15,000 residents) and most popular caye in Belize. Although part of the Central American country of Belize, it is more often compared to other popular Caribbean islands.

Once a sleepy fishing town, it morphed into a divers’ mecca in the 1960's due to the proximity of the spectacular barrier reef, located only ½ mile offshore and visible from the eastern beaches.

In 2009, Ambergris Caye was voted "Best Island to Retire On" by Islands Magazine and "Best Island in the Americas" by Travel & Leisure Magazine.

Ambergris Caye rests on the longest barrier reef in the western hemisphere making it a paradise if you like diving, snorkeling, or sports fishing. Just off the coast is the world famous “Blue Hole,” named by oceanographer Jacques Cousteau as one of the top ten dive spots in the world.

It also offers a wide variety of other water-oriented activities, such as swimming, fishing, sailing, windsurfing, and jet-skiing. Belize's biodiversity is rich, both marine and terrestrial, with a host of flora and fauna. 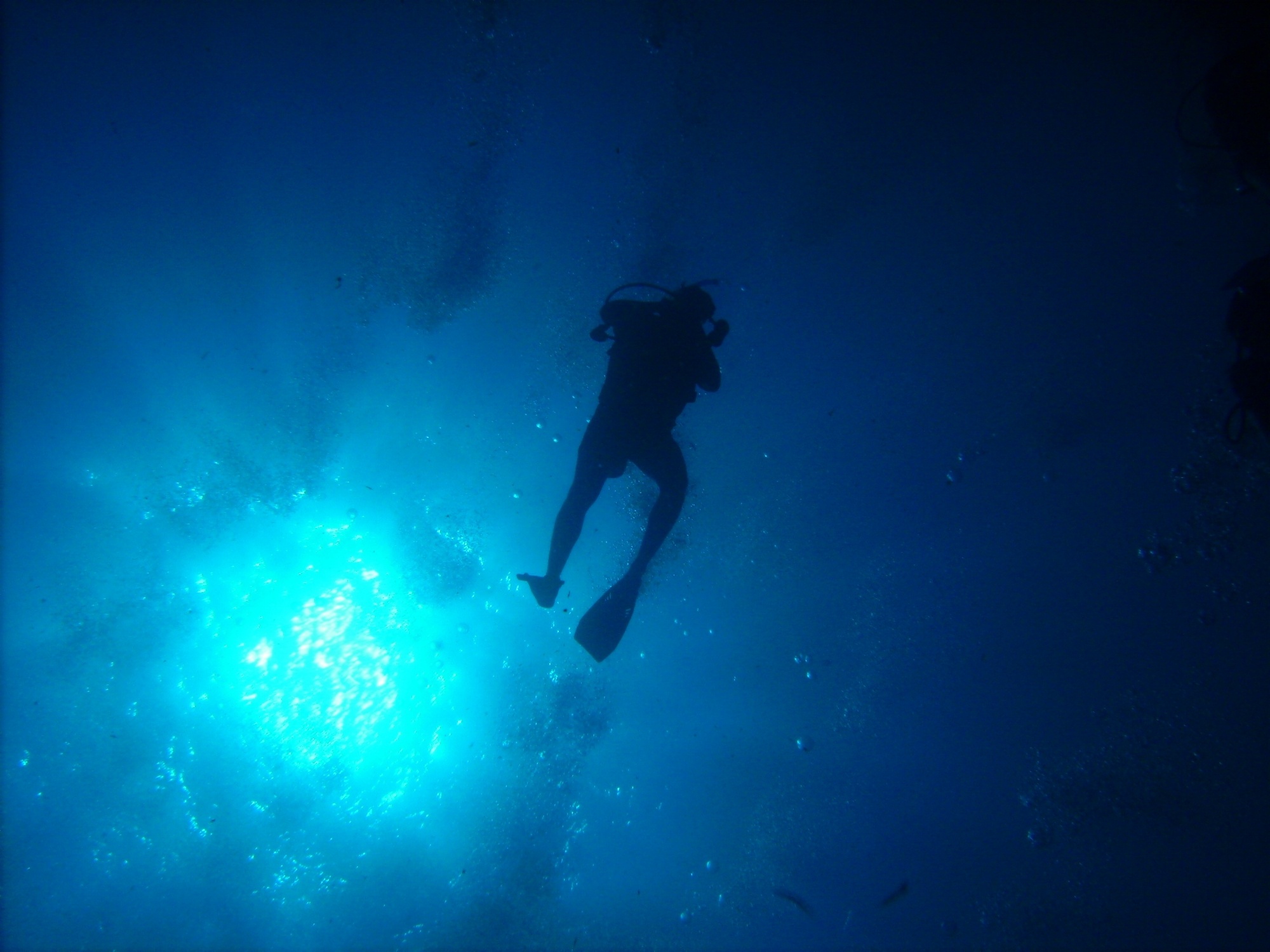 Ambergris Caye is a picturesque island, with waves constantly breaking on the barrier reef to the east, and the tranquil lagoon view to the west. The primary hub of activities take place in its only town, San Pedro Town. The island has the largest concentration of visitor accommodations in Belize and its hotels, resorts, fishing and diving facilities are some of the best in the country.

Many of the historic resorts and businesses are located within 1-2 miles of San Pedro Town. But during the past decade significant development has increased on both the north and south ends of the caye. With the construction of a bridge over the cut that divides the island (north of San Pedro Town), it is now easier to access the north end of Ambergris Caye. This major change has encouraged development and expansion, with more exclusive but pricey homes, resorts and condominiums being built on the north side. 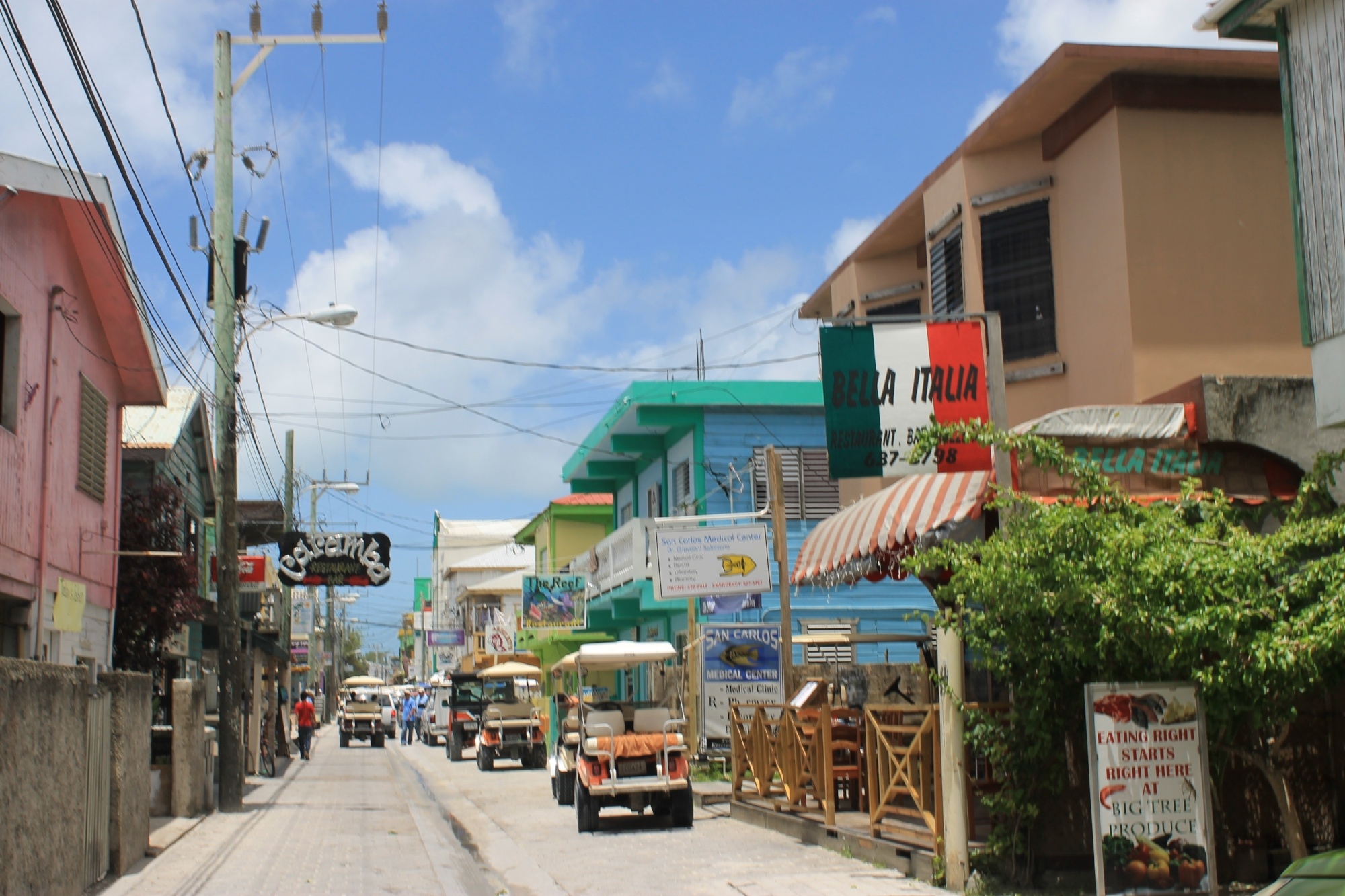 Then Came “The Temptation Effect”

Since the advent of the popular TV program, “Temptation Island”, Ambergris Caye has become a notable tourist destination, resulting in more upscale real estate growth, even though it still retains the charm of a quaint Caribbean island where the majority of the inhabitants ride bikes or drive golf carts as their only means of transportation.

This once sleepy island now offers most of the amenities that a typical North American or European expatriate expects, while still retaining the laid back, healthy lifestyle that appeals to big city escapees. A reliable infrastructure, that includes high speed DSL, is available near town and continues to advance north and south to meet the growing demand.

There are many high-quality, hip restaurants both in town and along the coast, night clubs with diverse music and bands, specialty wine stores, locally roasted coffee beans, fresh meat, seafood and produce stores, and specialty delicatessens. It is, however, an island, so there is a cost associated with shipping goods. On Ambergris Caye, accommodations and restaurants are available for all budgets. 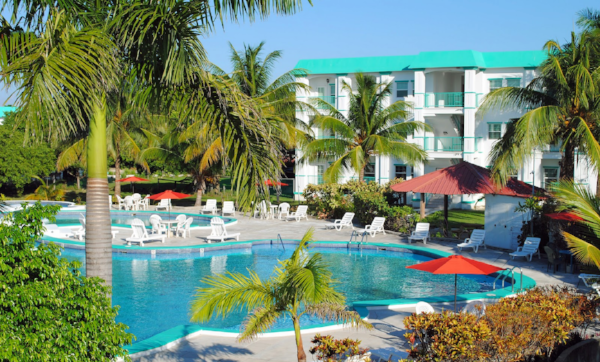 The island is twenty-five miles long and ranges from a few hundred feet to over four miles wide. Northern Ambergris Caye is separated from the southernmost tip of Mexico's Yucatan Peninsula by a small channel that was dug by its earliest inhabitants, the Mayans, to allow direct access to Chetumal Bay without having to travel around the Southern tip of the caye.

Mayan artifacts have been found at many locations on the caye, as it was a strategic location for Mayan traders because of its coastal location. Since 1989 archeologists have been studying the Mayan ruin site Marco Gonzalez, founded around 200 BC, (located near the southern tip of Ambergris Caye), and believed to have once been a prosperous town and important Mayan trading center. 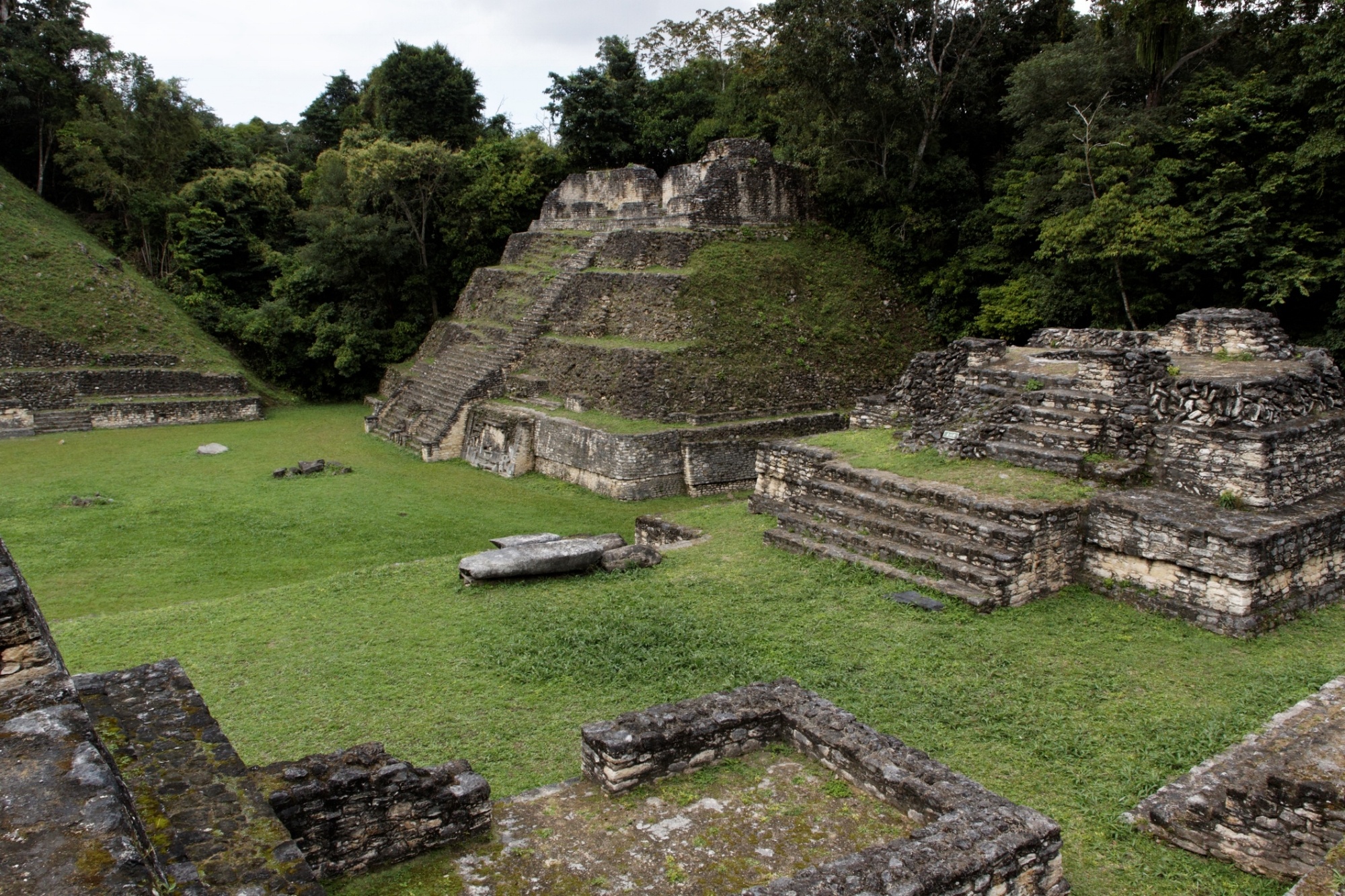 The temperature on the caye ranges from the mid 60s (in the late fall) to the high 80s, with the average being in the mid-80s most of the year. Likewise, the water temperature varies from the mid 70s to up to 84 degrees Fahrenheit. May is the hottest month of the year and April the driest.

The island is blessed with the cooling Caribbean tradewinds most of the year, which keep the temperature comfortable, and the mosquitoes at bay. The rainy season commences from June to November, but often there is little rain during the summer for weeks at a time.

Historically, June has been the wettest month on Ambergris Caye. The rainfall varies considerably, dependent on the location in Belize. Since Ambergris Caye is in northern Belize, it receives much less rainfall than southern locations such as Placencia and Punta Gorda. 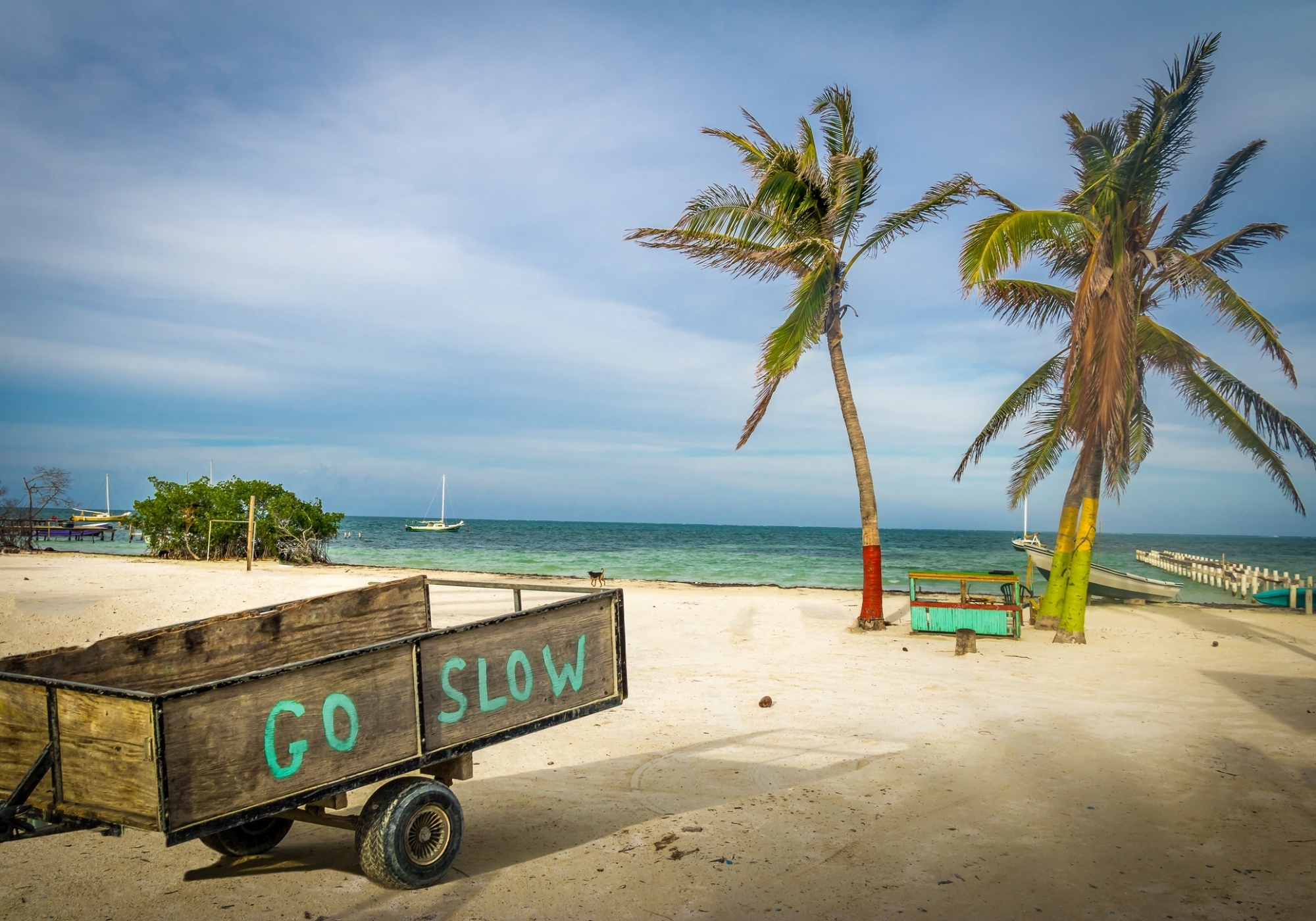 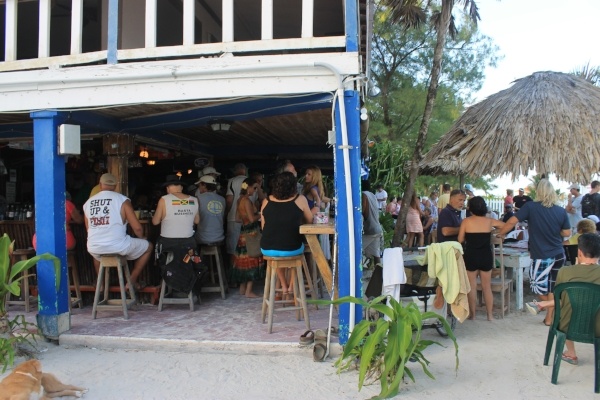 The local population is comprised of a diverse mix of cultures, languages, and ethnic groups, with the Mayan, Spanish, Garifuna, Creole, Mestizo, Lebanese, Chinese, East Indian, and Caucasian races and cultures having peacefully co-existed and inter-married. English is the primary spoken language on Ambergris Caye, but there is a large Hispanic community in San Pedro Town. There are many island events, such as the Costa Maya festival, which represent the traditions of the Spanish and Mayan cultures.

Whether one is only visiting, or considering a move to this island, it represents a model of how people of differing races, cultures, and political backgrounds can peacefully co-exist and work together. Due to racial harmony and the religious tolerance of its diverse residents, all of these cultural elements have mixed and blended successfully both in Belize and on Ambergris Caye, resulting in Belize having gained a widespread reputation for its friendly people and tolerance.